MAY 2016 –– It is finally here y’all! The Selena inspired MAC cosmetic line is officially set to launch in the fall. What I love most about this story was the inspiration that lead to this becoming a reality.

I first saw the petition floating around on Change.org demanding the cosmetic giant to acknowledge Latina life in the world of makeup. At the time the only Latina to have ever graced the face of MAC with a line was Raquel Welch in 2007.

Fast forward to last year when Las Vegas based makeup artist, José Antonio Figueroa, paid tribute to the Mexican-American Icon by creating a mock image of what it would look like if MAC cosmetics created a Selena line for fans. He posted it on instagram…and the rest is history.

The picture took off and was an instant hit; eventually it came across the feed of Los Angeles Power Latina, Patty Rodriguez (producer for ‘On Air With Ryan Seacrest,) who had been emailing MAC with the same request since 2013. She saw the image and quickly took action, creating an online petition on Change.org asking fans to make their voices heard and push the makeup mainstream company recognize Latina buyers.

The petition spread through social media, where I came across it, signed it and reposted it myself throughout my DFW and El Paso feeds.

In the Southwest region for many of us Mexican-American women and other Latina women, Selena is EVERYTHING to us still. She was Mexican-American-Texan and those of us “top millennials” that were very young when she passed, have now grown up, are making our place in the world and have taken her music and her memory with us.

It is no wonder that 20 years after her death there has been a resurgence of the Tejano Queen of Tex-Mex, La Reina, Selena.

Thank you, the power of the people, who united behind this ‘makeup movement’ this will be another first crossover for music icon; as women from all backgrounds go shopping in mainstream America for makeup, the Latino culture and influence will now be represented at the table through Selena.

Together with the Quintanilla Family, they have created this special exclusive line featuring palettes named after Selena’s biggest hits.

The line is set to hit stores later this year in October, currently there is no waiting list to get on. I just hope MAC is ready for the millennial Latina buying power, it is unlike anything they have ever seen.

I definitely will be waiting in line for mine! 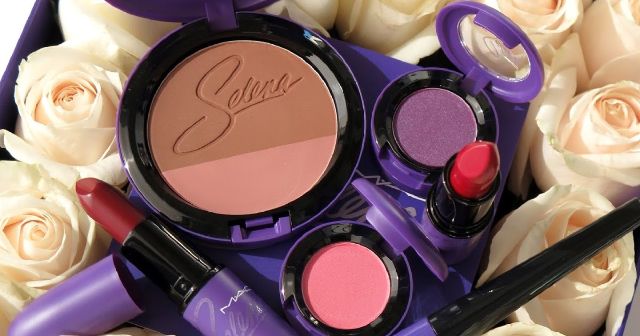